Golf RSA gives back to the weekend warrior!!! 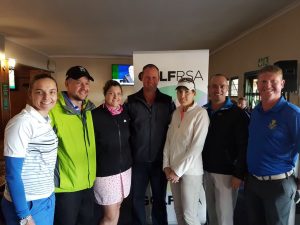 Golf RSA (the unified operations company for amateur golf in South Africa and encompasses the South African Golf Association (SAGA) and Womens Golf South Africa (WGSA) has started a few new initiatives for the average golfer who plays social and can not or does not want to ever play at a provincial level. We can call them the weekend warrior and the name resembles the fight every golfer has with his swing, his game and his score every weekend.

One initiative is the Champion of Champions tournament that kicked off in 2017. This event caters for every golfer men and lady on every level. The aim is to take every golf clubs champions from club champ and putt all of them against each other on a regional level and their after the winners in every region against other regions on a national level.

This will ultimately result in a lady with a handicap of 32 being given the opportunity to represent her province at a national level against her counterparts. This is a great event and we have already seen the excitement shown by the players.

We want to wish these players well and hope they can bring back the gold in their respective divisions. Congratulation to Polokwane Golf Club on a great venue and having the greens in great condition.