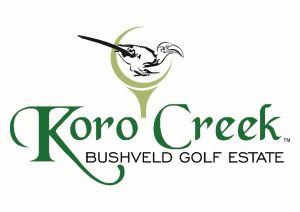 Koro Creek Bushveld Golf Estate held their 2017 edition of the Koro Creek Open on 30 September and 1 October 2017. Their was 50 entries from all over the province and the competition was tough.
The Toshiba Cup leader Jannie Bronkhorst could not play due to prior engagements and this opened the door for 2nd placed Neil Rathmann. Neil did not let wait on him and shot and superb round of 68 with Vincent Olley running in second with 71. These two players would also represent the Limpopo Mid-Am team at the Mid-Am IPT and was great to see that they are in great form.
Day two was a bit of a different story as Neil and Vincent struggled with rounds of 77 & 76 respectively. Thabo Shingange came in with a low score for the day of 71 with a great last 9 holes of 32. Thabo would also represent Limpopo Mid-Am team.
Neil luckily had a big enough lead to edge out as eventual winner with 3 shots to spare. The Koro creek Open was a Toshiba Cup play-off event and Neil was awarded triple the value of points and now only trail leader Jannie Bronkhorst by 435 points.
Upcoming events will be Bielie of the Bushveld Open in Thabazimbi 28 & 29 October and Thoshiba Cup Final at Polokwane Open 25 November 2017. 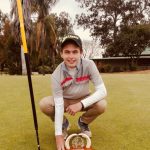 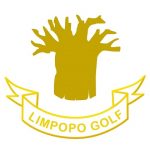 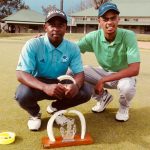 The 2017 edition of the Limpopo Junior Open was a great success with new faces making their names known in the winners circle. The tournament consisted of 72 holes stroke play on Thursday and Friday 5 & 6 October 2017 and 72 holes match play if you survive till the final on Saturday and Sunday 7 & 8 October 2017.
Hans Merensky Wildlife Golf Estate must be feeding their juniors something different than the rest of the union as they walked away with all the prizes.
The Stroke play kicked off early on Thursday morning and James Vorster took the early lead with a 77 in the first round. But Janus van Rooyen from Hans Merensky Wildlife Golf Estate made his presence felt with a great -2 (70) in the second round. Janus spent the night with a 3 shot lead knowing that the juniors would be coming for him in round 3 and 4.
Janus kept his cool in tough conditions and came in with scores of 72 and 81. This gave Janus a total of 301 and a 9 shot win. Janus is the first player to win the stroke play championship since its inception besides Gerhard Pepler and he did it in style. Janus has moved from outside the top 5 in the beginning of the year to leader in the junior rankings.
Janus will lead the charge when it comes to the junior IPT in East London in December as the top ranked junior in Limpopo.
The Match Play took off fast and had a few surprises with Stroke play winner loosing out and top juniors failing to survive till the final. Eventually it was Muhluri Mahime from Hans Merensky Wildlife Estate who survived as the toughest of them all. Muhluri was quite with his results the whole year but might just be peaking at the right time before junior IPT.
Muhluri is also a SAGDB player and we are proud to crown him as our Match play Champion of 2017. He is a great talent and a definite prospect for the future in the game of golf. Muhluri will with Janus represent Limpopo at the u/19 IPT in East London. 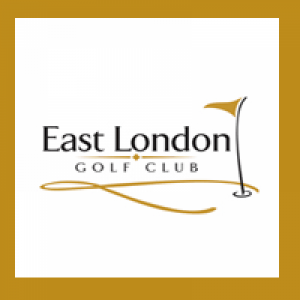 We are proud as the Limpopo Golf Union to announce our Limpopo Junior IPT team for 2017. They will represent Limpopo at the Junior IPT played in East London from 10 to 17 December 2017. These boys have practiced, played and prepaired a whole year to find themselves in this team and they all deserve their place and we as a Union are proud of each and everyone of them.

Congratulations to each and every one of these players and may you represent your province with pride and passion.