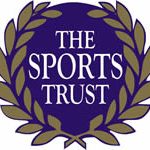 The SAGDB (South African Golf Development Board) operates in ten areas across South Africa. It enjoys support and endorsment from Remgro, the R&A, The Sunshine Tour, The Professional Golfers Association of South Africa, The womans PGA AND The SA junior golf.

The South African Golf Development Board (SAGDB) is a non-profit organisation with section 18A donations tax exemption status. Since its formation in 1999, the SAGDB has grown a network of coaches and officials who work across the country to develop the game in the cities and the most remote areas.

It currently operates in Boland, Border, Free State, Gauteng Central, Gauteng North, KwaZulu-Natal, Limpopo, Mpumalanga, the Southern Cape, and Western Province. Through its PGA-approved LTAD coaching programme, the board currently has the capacity to coach 2,500 children per week in 9 regions.

Since its inception, the SAGDB has coached over 17 000 youngsters, produced 1 senior national player and 4 players in the senior national squad, 25 senior provincial and u23 players, 108 junior provincial players. Over 1 500 players have participated in junior golf tournaments and 34 of its most talented players have been invited to join prestigious and recognised High Performance Centres such as the Ernie Els & Fancourt Foundation. 6 former SAGDB players have earned their tour cards on the Sunshine Tour.

The SAGDB wishes to thank the following donors and patrons for their continued financial support: Mr. J. P. Rupert and Associates, The Remgro Group and Alfred Dunhill Links Foundation.